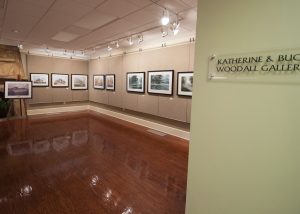 Maps of Guntersville depict its unique location as a peninsula surrounded by mountains, the Tennessee River and lakes created in the 1930s by the Tennessee Valley Authority.

As local lore goes…it has been said that DeSoto was one of the first noted European visitors here. He spent July 10, 1540, at Tall, the name of the Indian village as the area was originally known.

John Gunter, from whom the town got its name, came from the Carolinas in 1785, just ten years after the signing of  the Declaration of Independence. He was a Welshman and lived among the Indians as a trader. He married a Cherokee maid and amassed a fortune in land, money and slaves. His children married into the white race and  became prominent in both the Indian Territory and the land that was then a part of the State of Georgia.

Among Gunter’s descendants was the noted humorist Will Rogers, whose grandmother was a Cherokee Indian.  Rogers’ family went west with the great migration. Gunter operated the first ferry on the river here in 1820. There  were two or three white families in the vicinity when the Indians ceded the land south of the river to the United  States in December 1835. Gunter owned the first painted house in the new county, and incidentally the first house  in Gunter’s landing (later to become Guntersville).

The first educational facility was a mission school built by the American Board of Foreign Missions for the Indians. It was about two miles south of the river. The school was known as “Old Missionary.” This building was on the old creek path the Indians used to travel to their hunting grounds. Noted teachers at this school were Dick and Catherine Brown, half Cherokee. He also acted as interpreter for Sequoia, the famous Indian who developed the Cherokee Alphabet.

The year after John Gunter died (1836) Louis Wyeth, a young lawyer from Harrisburg, Pennsylvania, came to Guntersville. This man was responsible for developing the town and establishing the county seat. Through his efforts, Guntersville was incorporated by the State Legislature in August 1847. Settlers came into the area slowly during this period. They were primarily of Scotch, Irish and English descent, migrating south through the Carolinas, Tennessee and Kentucky. Many of the settlers were hard working people, and it was not a village to feel strongly about Civil War. However, the war did hit Guntersville very hard. The town was partially burned from Yankee shellings.  One of Guntersville’s most illustrious citizens was John Allen Wyeth. He was a renowned author and surgeon. He founded one of New York City’s largest hospitals and was called in consultation when Queen Victoria of England required an operation.

After the Civil War Guntersville’s growth began as a river town. In 1892 the much sought-after railroad arrived in Guntersville and with it came an era of growth on many fronts.

With the influx of people who came to build the Tennessee Valley Authority Dam, located nine miles below Guntersville, the town saw a great change physically. In 1939, TVA completed the Guntersville Dam and its reservoirs filled with water, almost surrounding Guntersville, making it a peninsula city.

It has grown rapidly in industry and population. In 1940 the population was 4,398, in 1950 it had grown to 5,253, and the 1960 population was 6,592. Guntersville is now an inland port city on the Louisville & Nashville Railway. U.S. Highway 431 runs through the city. An airport at the edge of town has a 3,000 foot paved runway. There are two airports – Huntsville and Gadsden) within a radius of forty miles served by commercial airlines.

For more information on Guntersville history:

Got a Question? Send Us a Message.